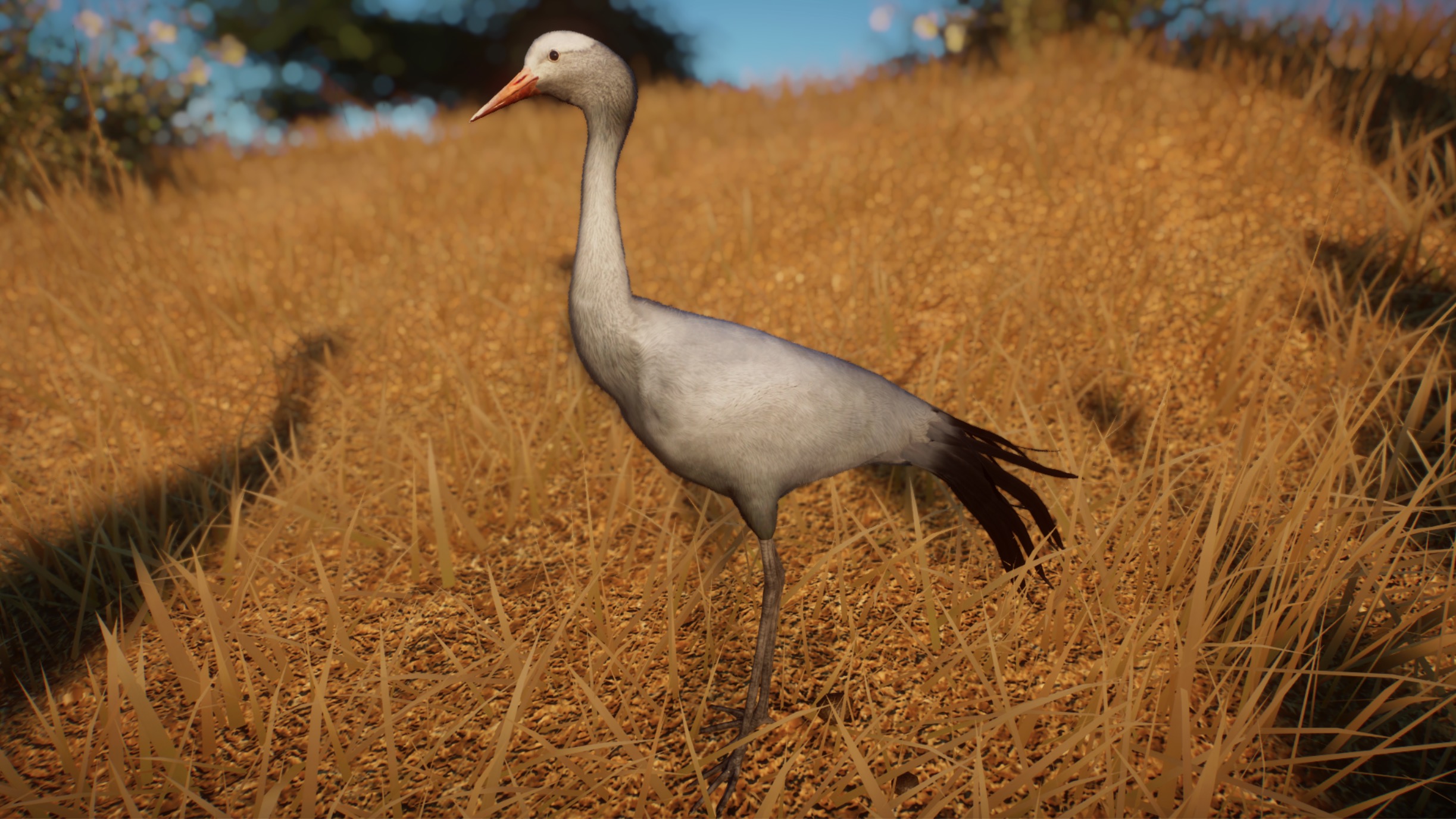 Add the blue crane to your zoos – a long-tailed African crane species!

A big thank you to the translators:
French – Pierre
Portuguese – Masora157
Spanish – EmilioXH

Notes:
Wings removed from base model but will still appear outstretched during wing flapping/wing-based behaviors.
Some distortions of neck when bending down to feed.